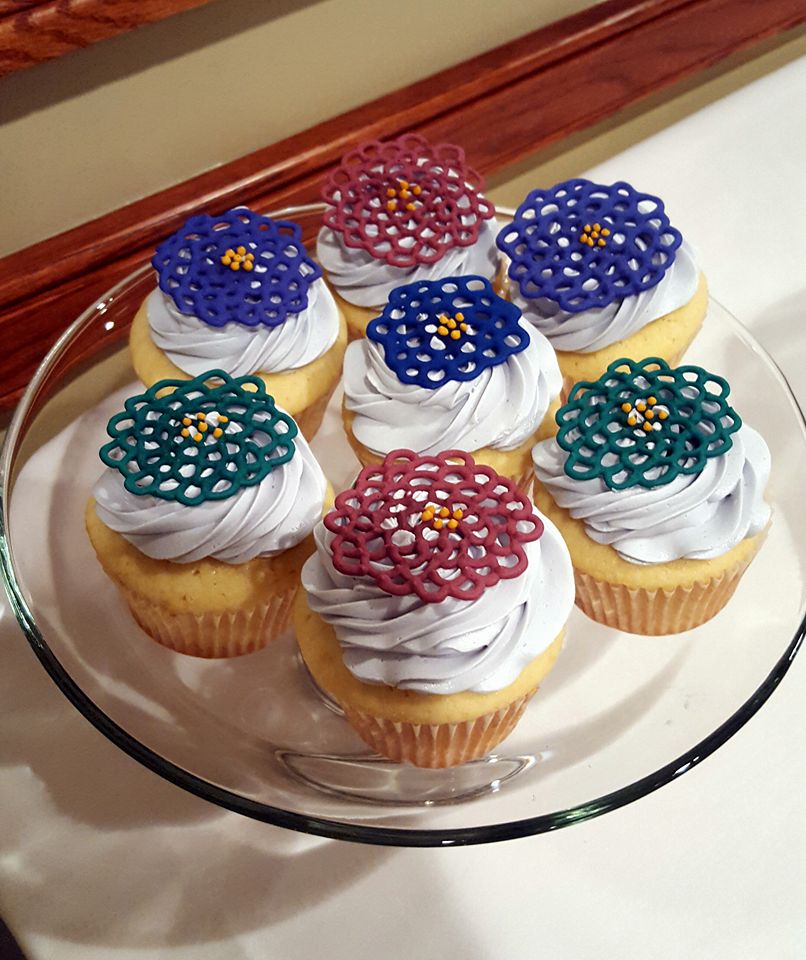 Every birthday cake that I create is special, but I had a personal connection to this particular cake. We celebrated my husband’s grandmother’s 85th birthday this past weekend with nearly all of her children, grandchildren, and great-grandchildren. Maureen has been so welcoming to me since […] 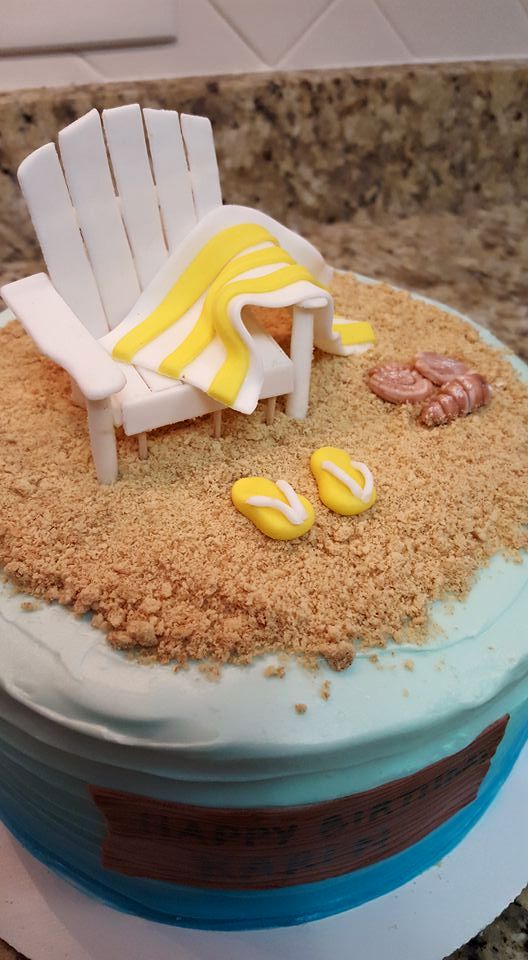 You know how you look at something on Pinterest and you say to yourself, “Oh, I can totally do that! I’ve never done it before, but it can’t be that hard.” Maybe it was refinishing a piece of furniture, or a craft project with buttons […] 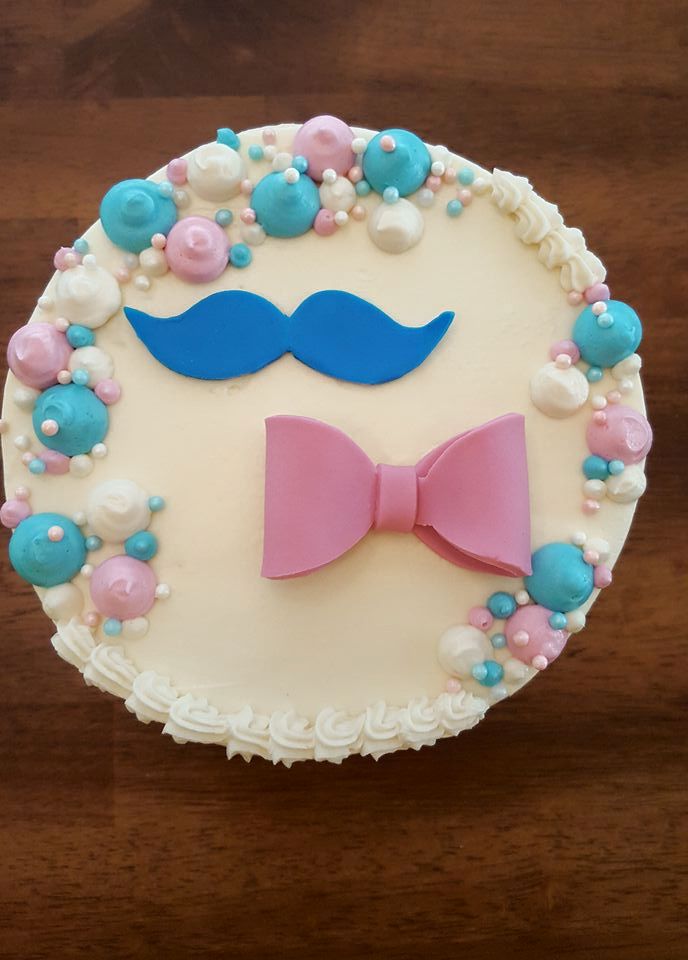 I was given the privilege of creating a cake and cupcakes for a gender reveal party this past weekend. I received a sealed envelope with the sonogram and gender of the baby– the sonogram tech and I were the only people to know if it was a boy or girl!

The cake was filled with the appropriate color candy and the cupcakes were filled with colored frosting so that when they were cut, the gender was revealed to the parents, grandparents, aunts, uncles, and other friends and family who were there. How fun is that?!

I was honored to be part of such a special occasion! 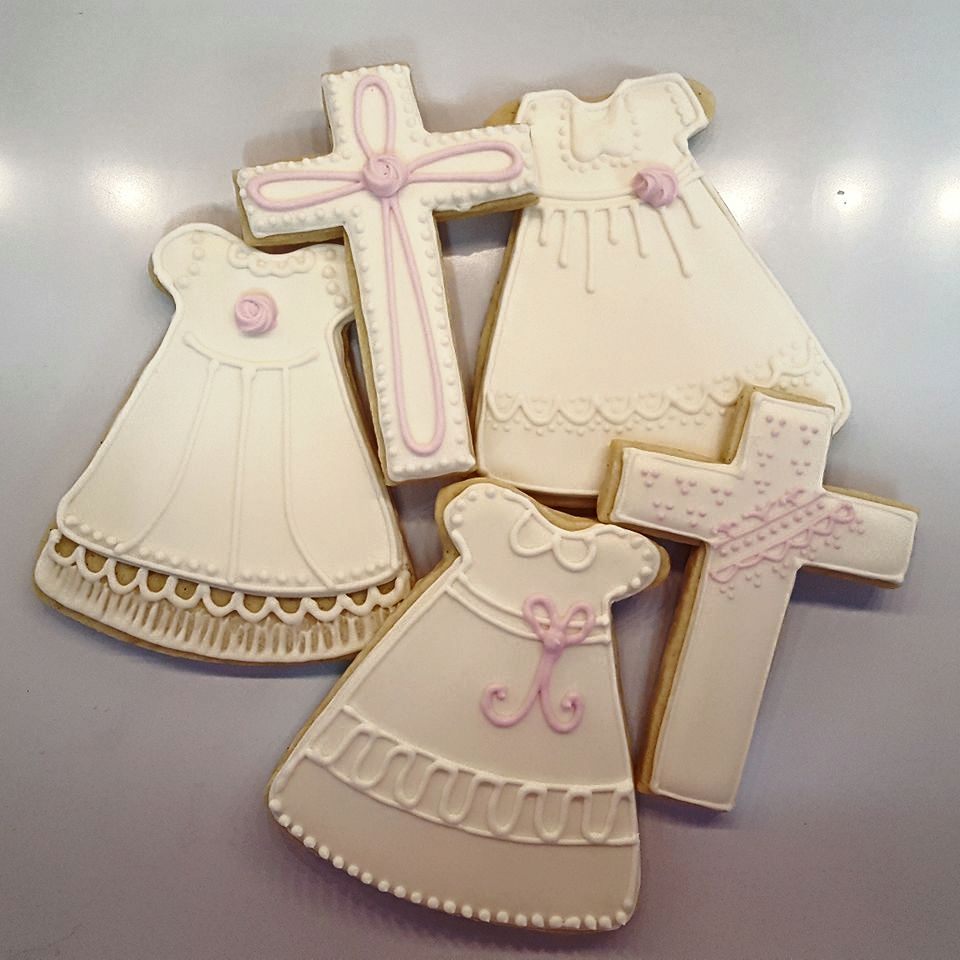 Baptisms and Christenings are important days of great celebration for many families. A beautiful baby girl was baptized this past weekend and her grandmother requested some sugar cookies as a surprise to help celebrate the special occasion. She asked for baptismal gowns and crosses with […]