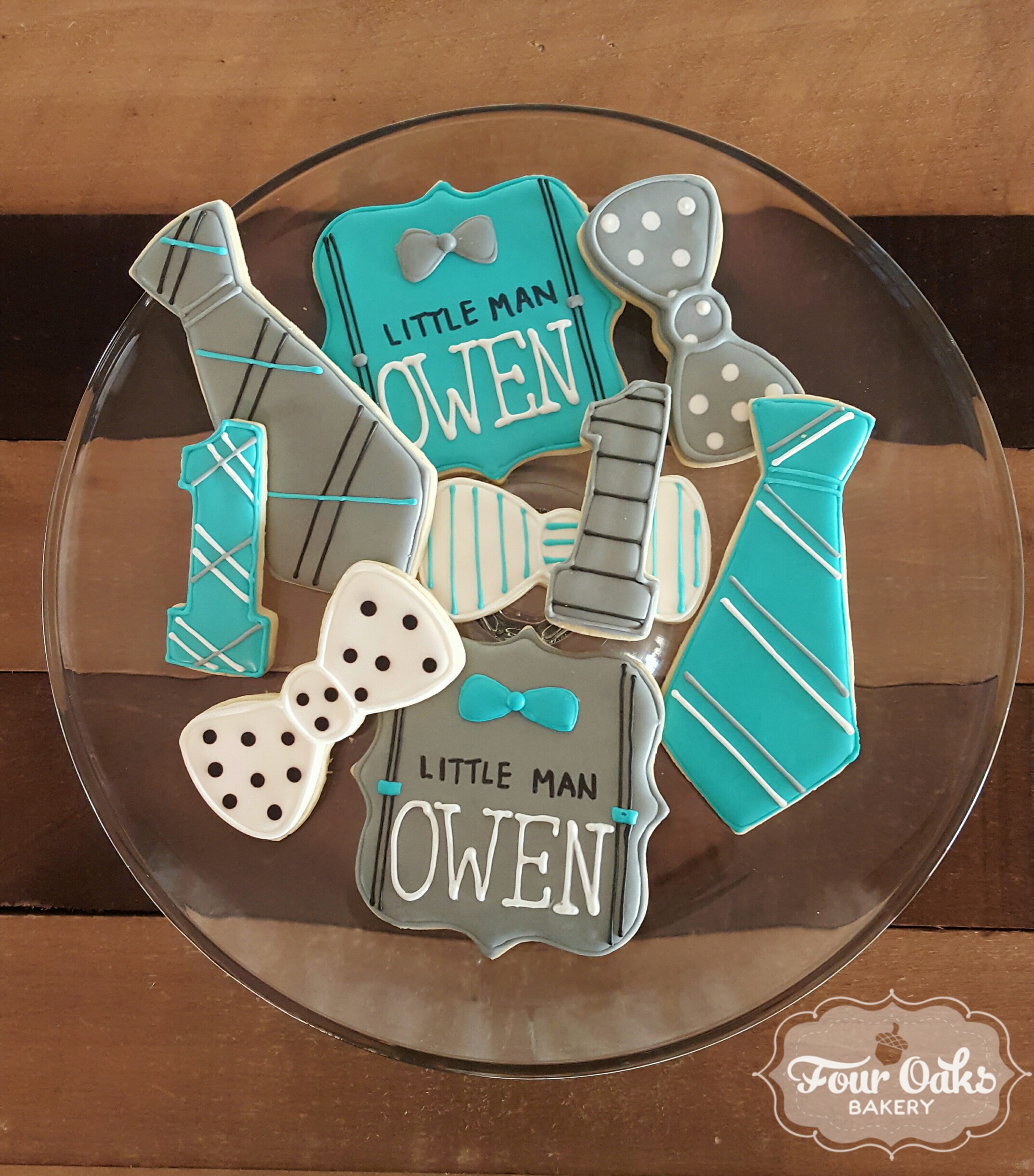 I have three children.  Three male children, to be exact, and I love it.  Life is crazy at our house and it seems that the minute after I pick something up off of the floor, there is already something new to take its place.  Can you say monster trucks?

As with most parents, I quickly fell into calling my boys nicknames.  I seem to prefer “Buddy” and “Bud” for all three of them.  Occasionally,  I will use a unique nickname for each of them, but more often than not, it’s “Bud.”  And on the rare (ha!) occasions that I need to let them know that I mean business, I bust out the first AND middle names.  On a side note, a few months ago, there was a solid week where my three year old referred to my five year old by his first and middle names.  Apparently, I meant a lot of business that week…

During the baby years for each of my children, I would occasionally call them “Little Man.”  I’m not sure why it never translated to the toddler and preschool years–maybe it just feels more appropriate for a baby.  Therefore, when I was asked to make cookies and cake for a Little Man themed first birthday party, I was very excited. 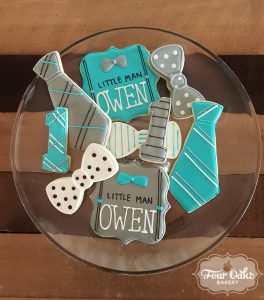 The neckties, the bowties, the moustaches, the suspenders– it’s just adorable! Mom and Dad chose a teal, gray, black, and white color scheme, so those colors were used across the three items.  These cookies were all unique.  No two were exactly the same! 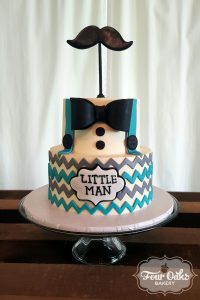 The cake was almond flavored with a truly swoon worthy raspberry buttercream filling.  The outside is covered with vanilla buttercream and fondant accents in the gray, teal, and black party colors. 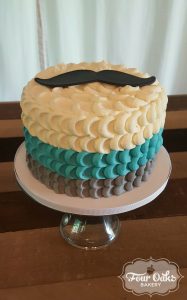 The Little Man’s smash cake was a festive funfetti with vanilla buttercream and a fun piping design on the side.  It was topped with a black fondant moustache to bring the whole theme together.

I was so happy to see pictures of the birthday boy in his buttercream covered glory and to know that this family had a fantastic time celebrating a special little boy’s first year of life!